In an exciting but anticipated announcement, Google has recently unveiled their intention to create a new operating system based on the Google Chrome web browser which seeks to rethink the way an OS is supposed to work.

Chrome was a successful web browser that is written from scratch to have a focus on low memory footprints, fast operation and requiring minimum hardware requirements. 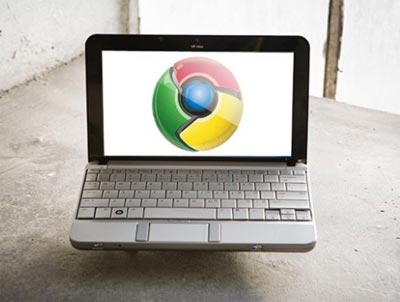 The Javascript handling of the browser is also top notch and allows some pretty interesting experiments such as the Chrome Experiments website, which has a host of interesting and innovative web-based technology showcases that can be run from any browser, but the catch being that unless you have a fairly powerful computer, only Google Chrome will be able to handle the taxing demands of the website as it is optimized to run the complex Javascript codes used in the website.

Chrome introduced a new concept of isolating tabs from each other such that one tab gone awry won’t cause the whole browser to crash. It also implements security improvements that reduces the likelihood of a malicious website being able to hack into our system. As a whole, the browser managed to be fast and safe, almost idiot-proof to use.

The underlying features and optimizations of Chrome made it a candidate to grow to a full blown operating system and as such, Google will be producing the Chrome OS based on these tenets of speed and security that Chrome embodies. The system is reported to run on all x86 hardware (meaning all computers will be able to run it) and also on the ARM processors, which is often used in small devices due to the processor’s efficient use of energy. The low performance of ARM processors (in comparison with more mature but energy consuming desktop processors) means that the Chrome OS will likely be the solution to having a speedy system running on very low power processors.

Google hopes that their OS will be able to start up in seconds and have a reduced user interface (ala Chrome the browser) so that the user can quickly get down to the business of actually using their computer to do work rather that fiddling around with it. Google also adds that in the new environment of cloud computing, they hope to be able to focus more on security and providing a virus-free environment. It certainly sounds like lofty goals, and seems to intersect with their own Android OS, which also targets largely the same crowd.

The Chrome OS will be targeted towards netbooks up to full desktops, while Android will continue to be disseminated on mobile and cellular gadgets and small nettops. Google admits there will be some overlap between the two, but they “believe that choice will drive innovation”.

The Chrome OS is expected to ship circa 2010.