A story came out of PC World recently showing that VIA’s Nano microprocessor manages to beat the Intel Atom in every single test, further advancing arguments that the new Intel Atom chips are a large technical failure but a huge commercial success. 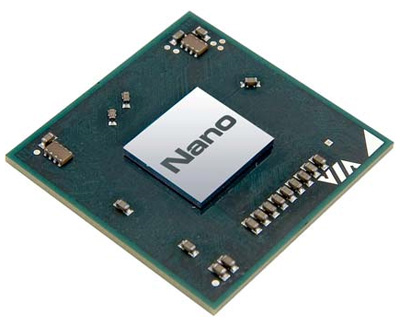 The Atom, which will be appearing all over netbooks this year and beyond, have always been criticized as being slow and not up to par. VIA Nano, a competing product, have recently been tested to see how the Atom will fare and the results are not good at all.

First off, in the key area of webpage rendering (after all, computers made with these chips are called netbooks for a reason) shows the Nano rendering pages twice as fast as the Atom! Further testing in Multimedia and compression tests show that the Atom continues to lose out to the Nano.

Both chips are designed to be small, low-power chips, which can be mass-produced at a cheap price to justify putting it into every piece of hardware imaginable. They have mostly found their way into netbooks, small and cheap computers that usually run on Windows XP and provide a platform for a lightweight computer that can browse the Internet. However, rumors have it that these chips will soon be debuting in mainstream computers as well, presenting a problem as the Atom’s performance is obviously not up to par. But to Intel’s credit, the Nano runs with a higher power draw than the Atom, but the difference is not huge, and certainly does not explain how the Intel is only half as fast as the Nano.

Fortunately, Intel will be releasing a dual-core Atom soon to address the performance issues of the Atom. However, will they be able to keep the power consumption, a key aspect of these processors, low enough to justify the chip’s merits as a cheap and low-power processor? I am a little bit skeptical, but we shall give Intel the benefit of doubt for now.