Don’t worry folks, this is not another launch of their ubiquitous budget laptops, but a new version of their desktop, which is now available in touchscreen mode. 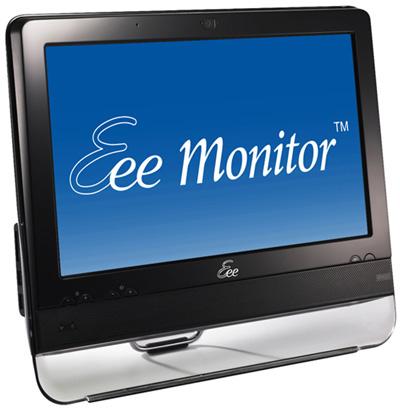 The first EeeTop I came across was a minimalist, simple machine that is light and surprisingly portable. No clunky, complicated wires and a small CPU that’s both stylish yet subdued at the same time. The price, coupled with its WOW factor, really made it look better and more expensive than it really was.

With this new EeeTop, ASUS has outdone themselves yet again. As you can see, the style borrows heavily from Apple and HP’s recent laptops. The monitor and CPU is integrated into one compact unit that’s only 4cm thick, with no bulky protrusions from the back and curves on all orders to make it look neat and nice to hold. The mouse and keyboard look like Apple’s, which is to say they look awesome. Some people might not like this type of keyboard, but I for one find it quite useful because it attracts less dust and is easy to shift around and fit on all but the smallest and most cluttered desks. It also has a side-mounted USB port for you to connect your mouse, reducing the wire clutter as you don’t have to run another long cable all the way to the CPU. 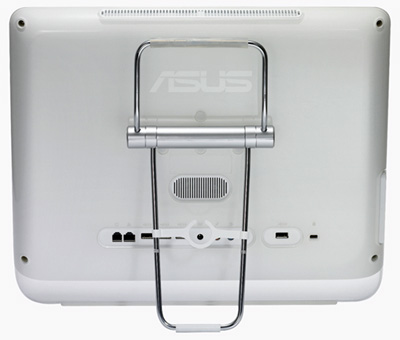 The specs of this nettop are similar to their other budget offerings, with a 1.6GHz Intel Atom processor, 1GB RAM and 160GB of hard disk space. It has WiFi and a 15 inch monitor but no optical drive, so leave your CDs and DVDs at home.

One area they could have improved upon is the stand, which just looks ugly with the silver aluminium and plastic tag holding it together. It wouldn’t be very hard to design a matching color scheme and better features.

The touch screen is said to be responsive even though it runs on the dated resistive technology, possibly as a cost-cutting measure. However most people will find it nice and easy to use. However, the computer comes installed with XP Home Edition, which is a rather pathetic choice of OS given how much more superior XP Tablet Edition was. It was a boggling decision why ASUS did not install a Tablet Edition into what is essentially a desktop tablet PC, but this small inconvenience can be resolved simply, if you catch my drift (ahem ahem).

To finish things off, it comes with integrated speakers and a 1.3mp webcam, and with the touch screen, it is a perfect candidate to be wall-mounted in locations such as the kitchen, living room, etc. It retails for about $450.